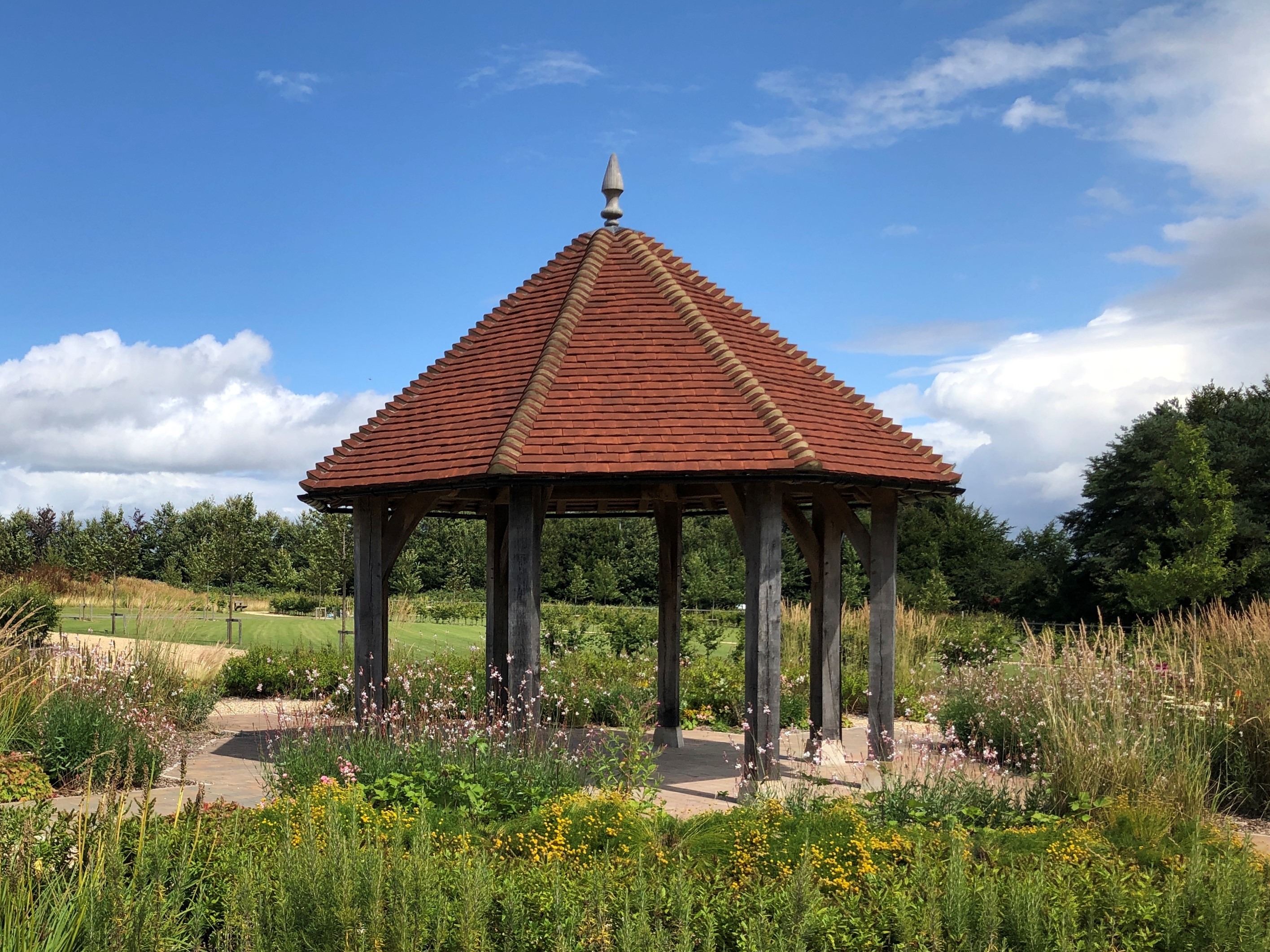 The Memorial Pavilion at The Avenue Cemetery, Salisbury

Of all the projects seen this was the one which required the least discussion by the judges. It was so obviously an award winner that no visit to the cemetery was really needed, but the judges went anyway, confirming their perception that this was a building of the highest standard, both for its form and for its method of construction. English oak had been used to create an octagonal structure, which used a hammerbeam and arched brace system to transfer the load from roof to vertical posts. This not only gave the shelter an obvious sturdiness, but also made it something of great visual interest. This was magnified by inspection from inside, where the excellence of the timber craftsmanship was obvious. The use of hand-made clay tiles and cast-iron rainwater goods added to the impact. The clients, Salisbury City Council, were applauded for having the commitment to focus the cemetery on a shelter specifically designed for the location and crafted by hand, rather than taking a cheaper option. The judges were not asked to judge the design and execution of the whole cemetery, which is outside the awards scheme’s remit, but they could see that it provided an excellent setting for the shelter, and that the surrounding landscape and the building both complemented each other very well.