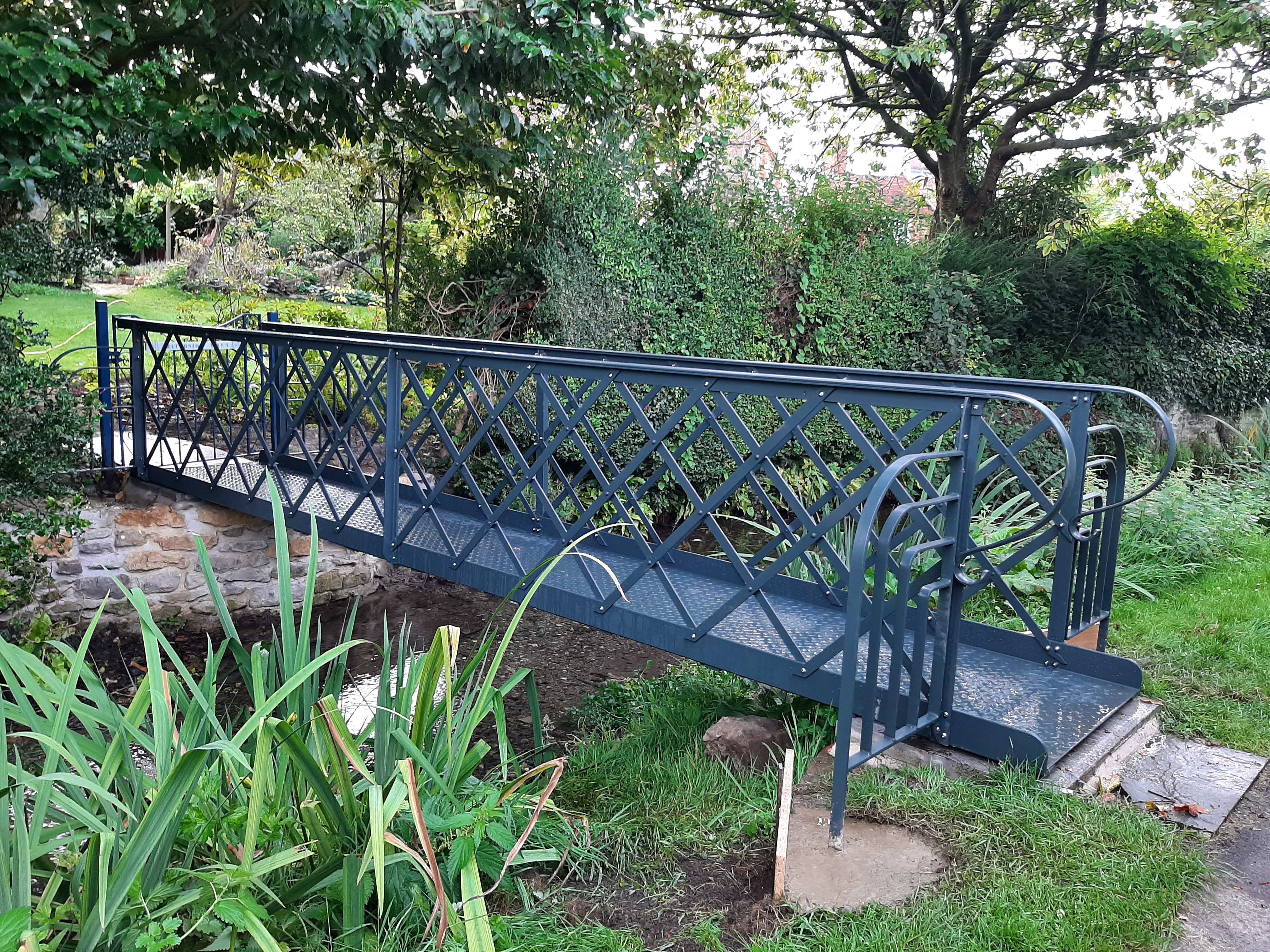 The Shreen Water flows quietly through Mere, en route to joining the Stour at Gillingham, and in the process generates urban scenery of remarkable quality in the area known as Waterside, where a footpath runs along the stream’s western side. At intervals it is connected to properties on the eastern side by bridges, no two of them alike. The Victorian wrought iron one at Waterside Villa is probably the most notable of them, but by late 2017, when the bridges were featured in the Civic Society magazine, it was in a very poor condition. The magazine piece suggested that its state might well be terminal, with no possibility of any official intervention to save it. The judges were therefore delighted to discover that its owners appreciated its worth, and had acted to restore to its original condition. Made by a local craftsman, it was repaired by one as well, with a combination of refurbished components and new ones, where necessary. Rustproofed and repainted, it once again embellishes this unique corner of one of the region’s most distinctive towns. For its rescuing of an asset which in other circumstances might simply have disappeared, the care and commitment which had gone into it, and the example it set for any other similar cases, the project was deemed to be exactly the sort of work which the awards scheme should be recognising.