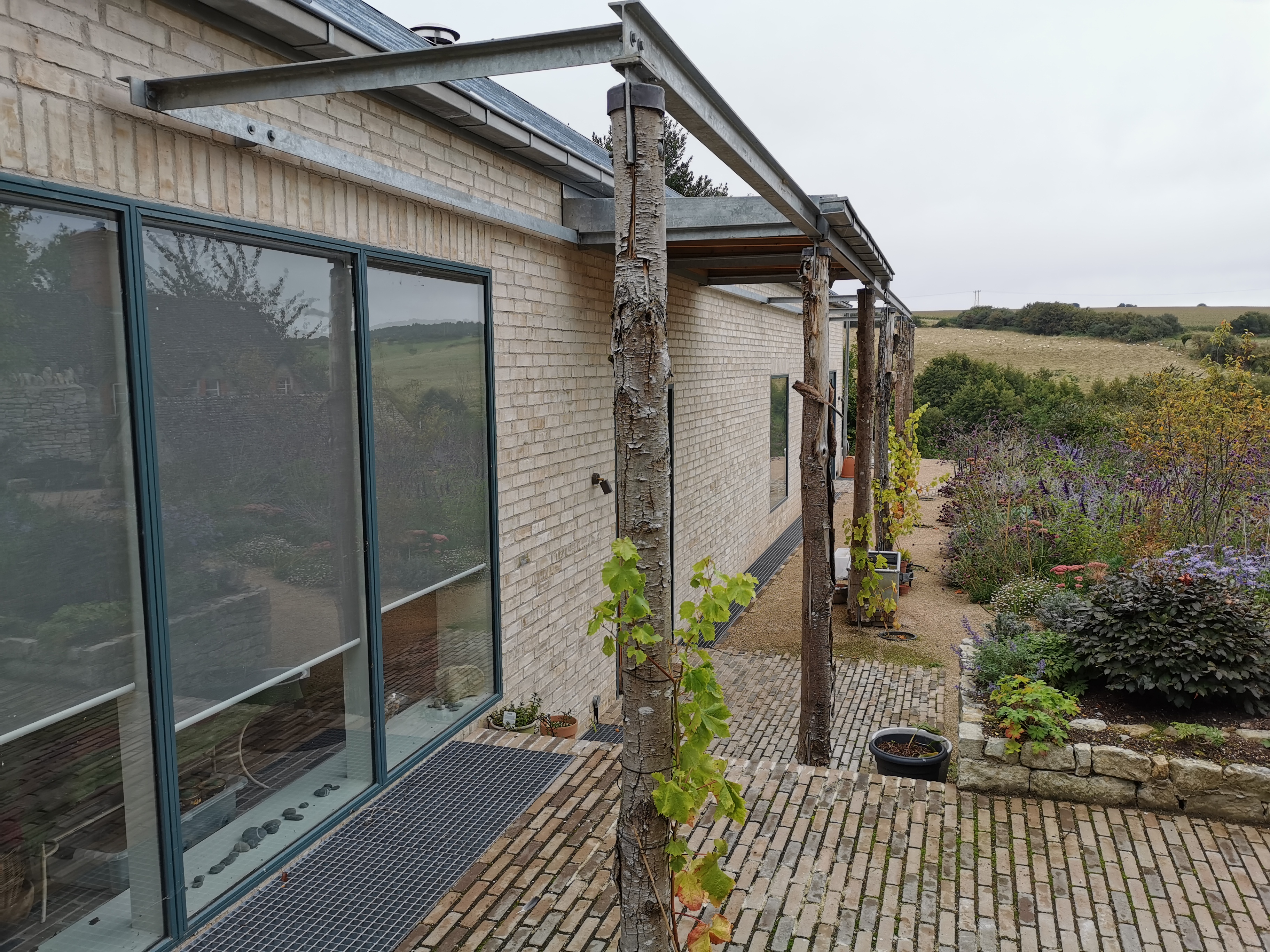 Cranesbill replaced a semi-bungalow, on a splendid site overlooking a small valley on the east side of Tisbury. Its predecessor had been in red brick, in an area dominated by the local Chilmark-type stone. The new house was in a buff-coloured brick, which fits in well with the general feel of the buildings around, and whose success is enhanced by the careful choice of pointing colour, and the use of an offset bonding pattern. The zinc roof is not a typical local material, but nevertheless suits the fairly contemporary approach of the new house, typified by simple windows, minimally framed and divided. The judges were particularly impressed by the interior of the house, into which a great deal of thought and care had been put. Both upstairs and downstairs, the succession of spaces within a linear framework had been beautifully handled. Walls mostly white, floors consistently white upstairs and brick downstairs, creating a unified feel throughout the building. The use of the exterior bricks for a large and nicely detailed hearth in the main living area works exceptionally well. The open tread staircase, with balusters over which a lot of trouble had been taken, leads to a workroom-type landing area, equipped with bookshelves, and this drew a great deal of praise. The garden design was also applauded, as was the way the site had been shaped so that the land falls away dramatically at the valley end. Overall, this was felt to be an exceptional house, richly deserving an award.