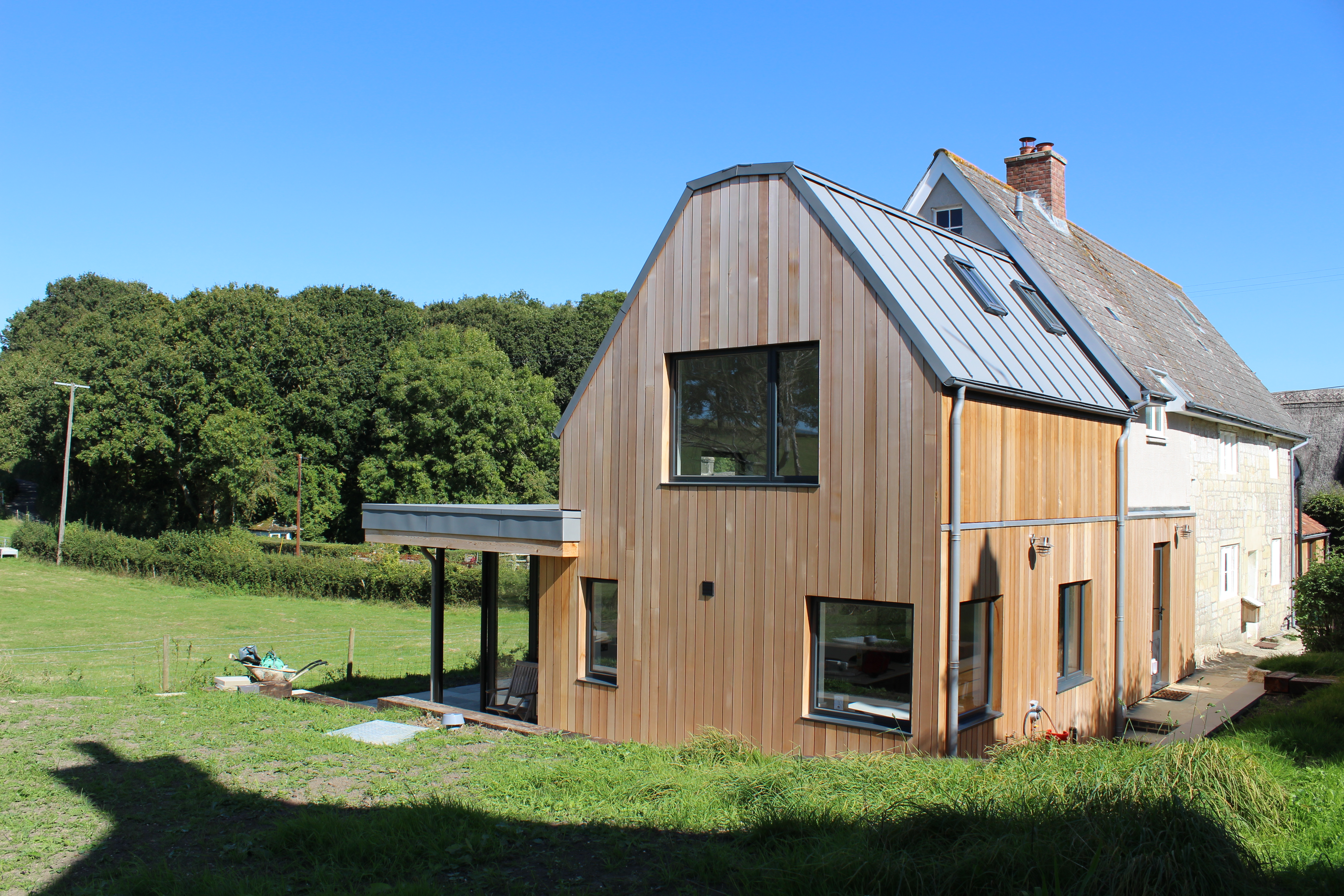 Hillcroft is a simple early C18th stone cottage, with a rendered 1960s extension at one end, described by the listing authorities, rather kindly, as ‘not of special interest’. What struck the judges as particularly impressive was the way this extension still remained, but so modified in its impact by the new work as to lose most of the negative effect it previously had on the building’s overall character. The further extension, now added to it, covered over almost all of the particularly ugly 1960s end elevation, with only a small portion left visible at the top by the new extension being kept lower than the main cottage. Its vertical cedar cladding is an effective contrast with the earlier stone and render, and should weather nicely. On one side the cladding is extended on the ground floor across the render to the stonework, while on the other side there is an equivalent amount of masking, here partly achieved by a single storey projection outwards from the extension, taking advantage of some excellent views. All the new work, including a replacement single storey extension at the other end of the house, was given a contemporary finish, including zinc roof and aluminium windows and doors, maintaining the quality of the house without trying to imitate its original C18th character. The judges were very impressed by the outcome.