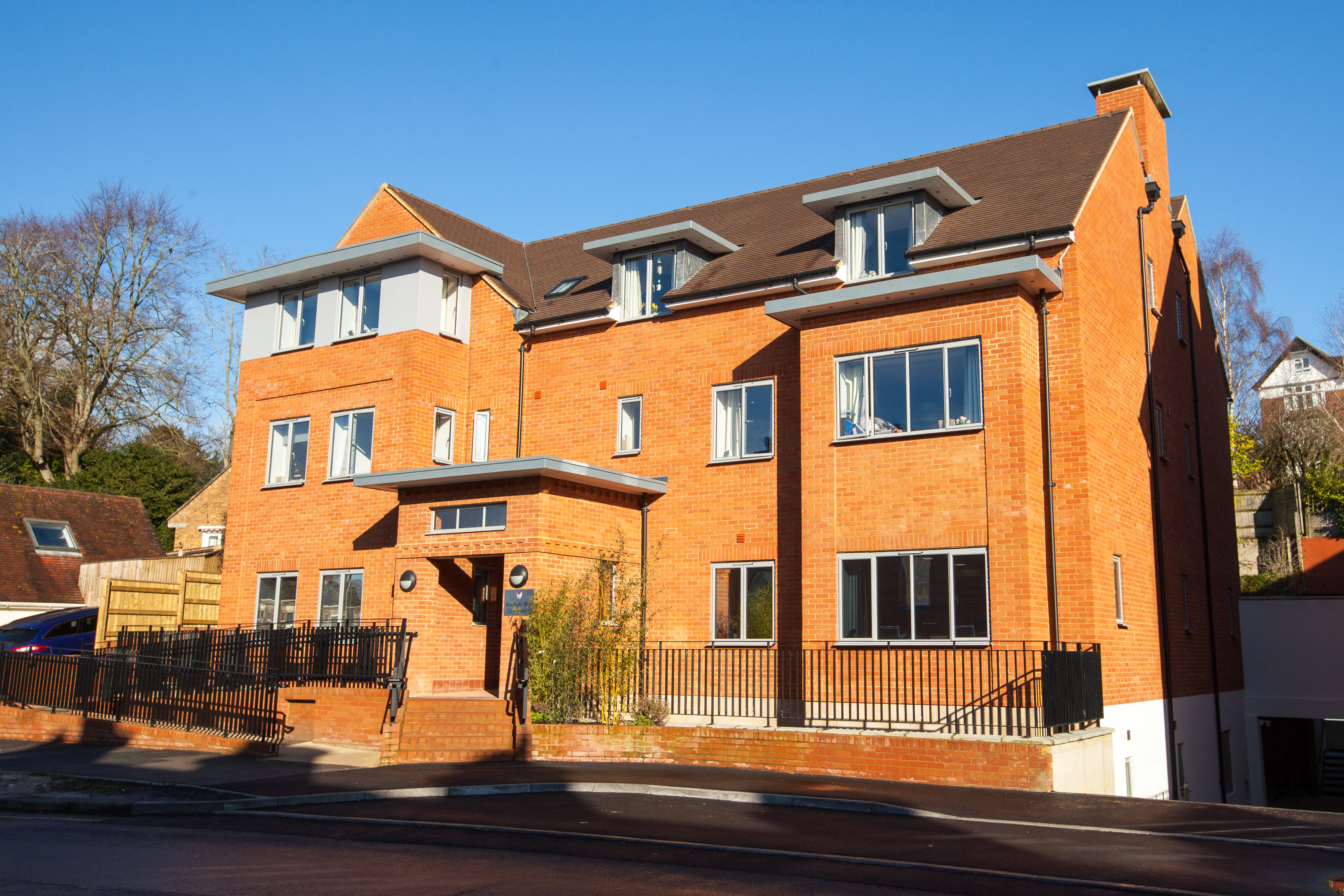 Kimberly West is one of a pair of buildings which together make up a new care home. The judges were impressed by the trouble taken over the exterior design, which resisted what tends to be a fairly usual urge to replicate a traditional style, in favour of something slightly more contemporary, without being out and out modernist. This shows itself, on the front elevation, in the generous horizontal cappings to porch, bays and semi-dormers, and in the simple unshowy metal windows. Brick plays a key part in the design, and this aspect of the scheme had been very well handled, with a consistent effect across the whole building, based on well-chosen bricks, a good pointing colour, and good craftsmanship There is some effective brick detailing on the porch and bays, and an area of white render at the top of the large bay adds an effective contrast. Internally, the judges all felt that the building had a very welcoming atmosphere, not always found in purpose-built care homes, and clearly provided excellent facilities for its residents. The trouble taken to provide cheerful decorations for the walls confirmed the positive attitudes at work. The large area excavated to create the building and its neighbour had enabled them to be linked below ground level, and facilities provided which served both of them, another indicator of the good design which had gone into the project. The judges agreed that a commendation was well merited.