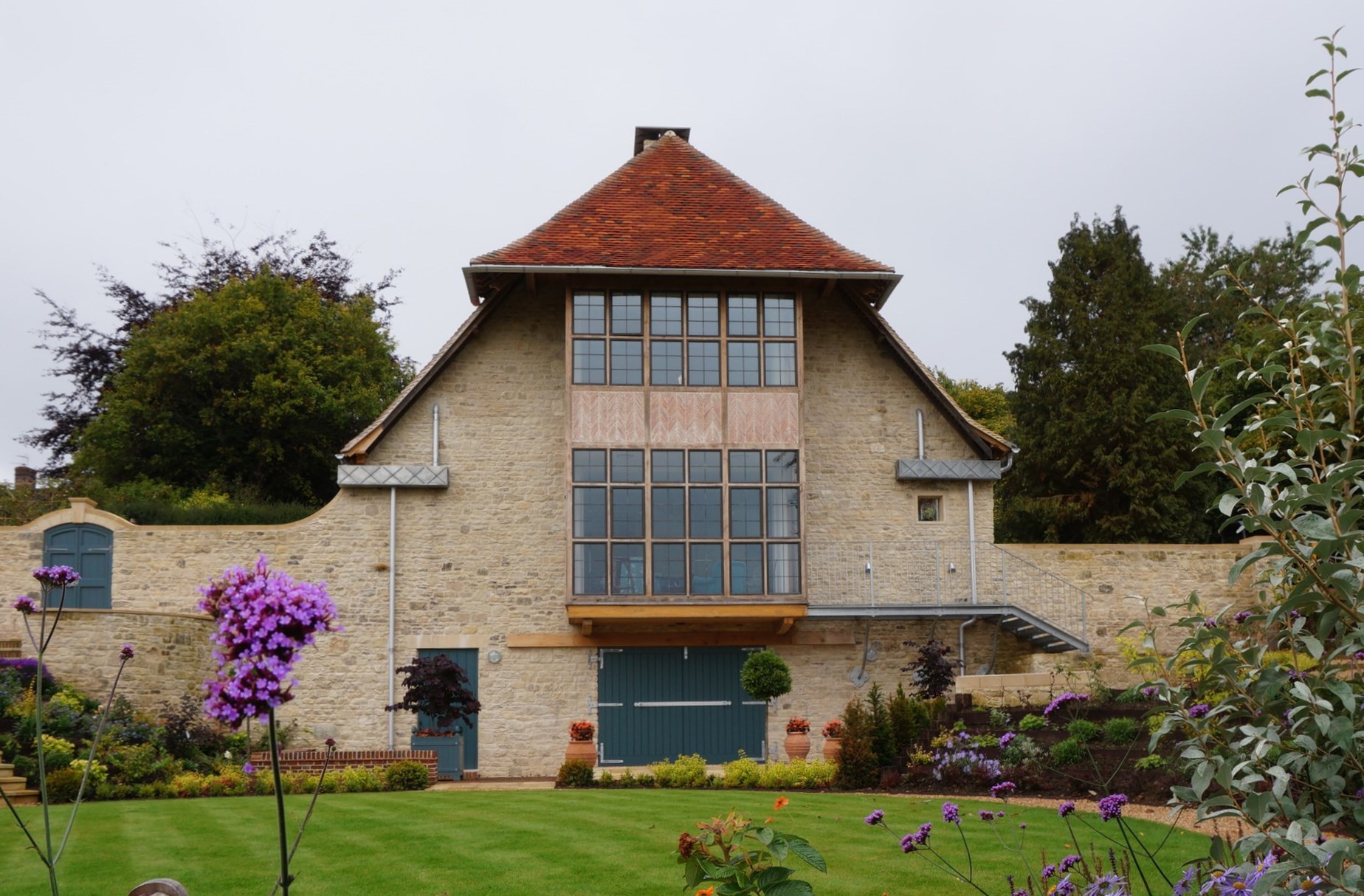 The judges are not obliged to give the Lord Congleton Award, for an overall winner, but they had no difficulty in deciding that Gold Hill fully merited it. A quite exceptional degree of thought had clearly been put into it, from initial concept to detailed execution. The site offered great potential, but this could have been nullified by a standard new house approach. What emerged was quite the opposite, a purpose-designed house of enormous character, set within gardens of outstanding quality. The adoption of a projecting Lutyens-style window as the focal point of the main outward-looking elevation, across a beautifully formulated sunken garden, was a master stroke, while the other two principal elevations, with their verandas, were equally successful. The well-handled use of local stone, found on the site, was an additional plus point, fully in keeping with the Arts and Craft ethos underpinning the project. Internally, each room created its own distinct sense of space. The circulation spaces were dramatic, functional and served the whole house well, and the double curve of staircase and landing was a wonderful configuration, with painted newel posts picking up the wallpaper design in a typical touch. Every detail had been considered, to fit into the integrated whole, and the pride taken in the project by those involved was self-evident. Energy efficiency had been considered with the same thoroughness as every other aspect, and the overall result was one which the judges took a great deal of pleasure from experiencing, and which made the Lord Congleton Award the obvious outcome.