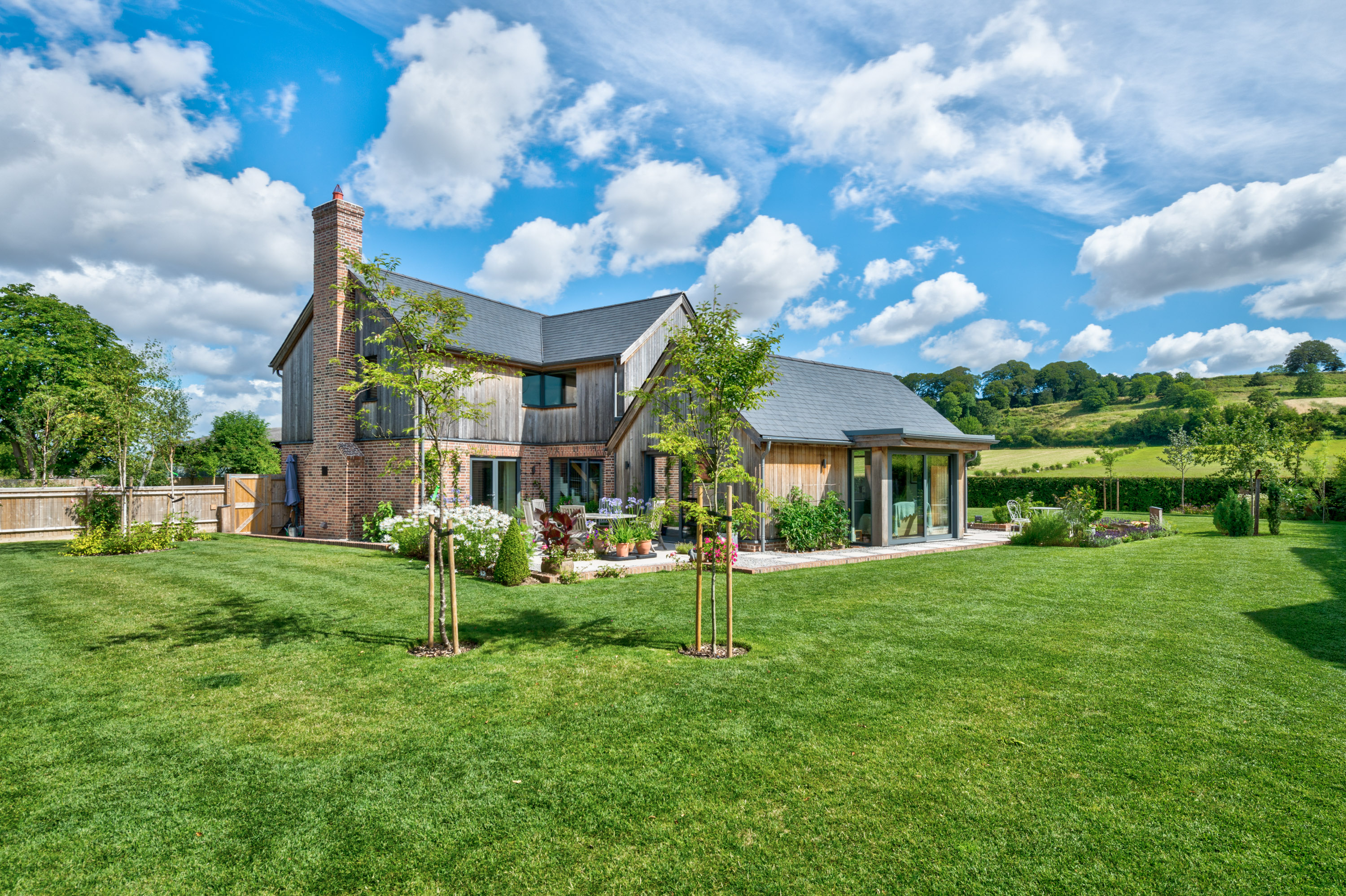 The previous house at Parsonage Farm was a modest bungalow, of no design merit. The principle of replacing it was not seen as contentious, but it needed to do justice to a prominent position in the village, with Old Sarum as a backdrop. The judges felt that it rose to this challenge very well. The external design used a fairly traditional palette, of brickwork and vertical boarding, without attempting to directly mirror any other village houses, and was felt to work very well in this context         – restrained and unshowy, while still having a contemporary feel. At the rear, a well-managed step down, from two storeys to one, helped to remove any risk of a challenge to the village’s landscape setting through over-bulkiness. The interior was seen as particularly successful, with well thought out spaces centring on a very attractive staircase, and a nicely proportioned kitchen. The judges noted how well-lit the interior was in natural light, without any obvious emphasis on extra windows, and how maximum advantage had been taken of the available views, particularly to Old Sarum. They applauded the care taken to make the house flexible enough to accommodate future stages in the lives of the owners, as their needs changed, and to make it very energy-efficient. A laundry chute, from first floor to ground floor, was seen as a particularly nice touch, confirming the thought which had gone into creating a house of quiet distinction. An award was felt to be very well-merited.