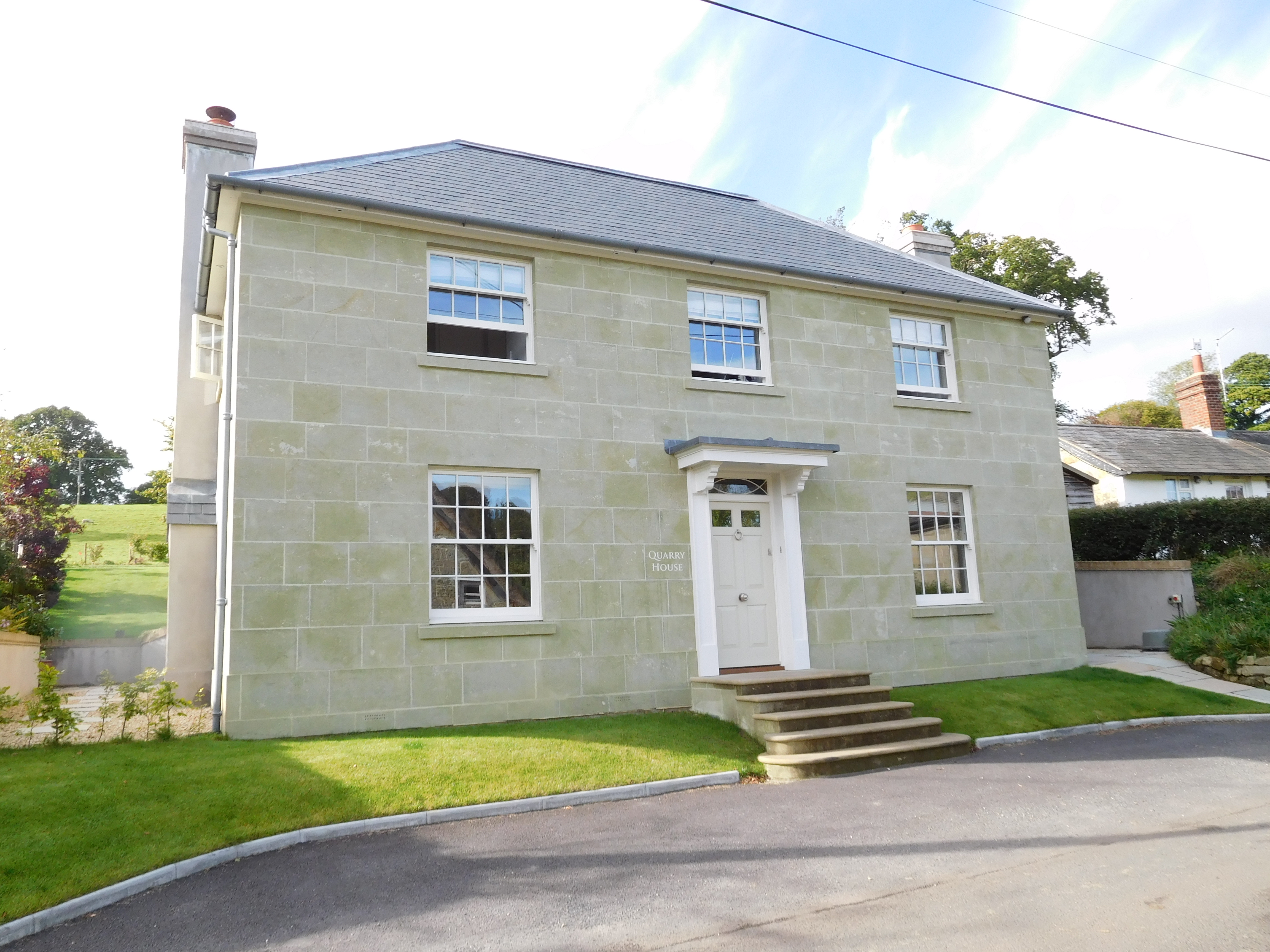 The success of this house could be very rapidly established by comparing it with three houses of the mid 1990s, in a former farmyard not far off at the southern edge of the village. While they achieved little more than a parody of the true village style, Quarry House reinstates traditional character by its position almost on the edge of the road, its use of local greensand for the front and half of the main flank elevation, and its adoption of a simple, well-proportioned Georgian style. Very similar houses, of the C18th, can be seen further up the street. Much more accommodation than is immediately apparent is achieved by extending back into the site, with good use made of the slope upwards away from the road. The kitchen sits half a level up from the front rooms, with a nicely designed staircase knitting together the various elements of the house. A well thought-out garden makes the most of the site, playing its part in a view across the house from the top of the bank behind it, which makes clear its achievement in contributing to the village. The judges particularly liked the trouble taken to sit the array of solar panels flush with the rest of the roof, minimising their impact. This, along with other details and a consistent design ethos, and not least the quality of the stonework, all played a part in making a commendation seem well merited.