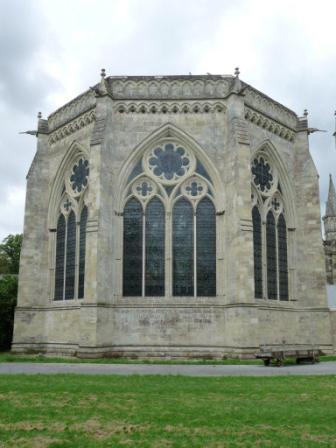 It was no surprise to discover that the recent campaign of repairs to the chapter house demonstrated the very high standards seen in previous award-winning projects at the cathedral. The rusting of embedded ironwork and other issues, including the need for work to the glazing, had led to a comprehensive schedule being developed, designed to put the exterior of this superb structure back into a state which would leave it needing only minimal attention for years to come. The judges took a detailed look at one area where work had been at its most intensive, and could see that new stonework and areas of mortar repair had been carried out so skilfully that there was no significant disruption to the overall appearance.

An exemplary approach had clearly been adopted, using the high level of skills achieved by all those involved with the cathedral repair programme, with the outcome representing another chapter in the careful stewardship which the building continues to receive. While it was not relevant to their decision-making, the judges did express the hope that its interior could eventually be returned to a space where the medieval architecture and decoration could be fully appreciated in its own right, rather than as a backdrop to other displays, but with regard to the recent work to the building they had no hesitation in deciding that an award was richly merited.