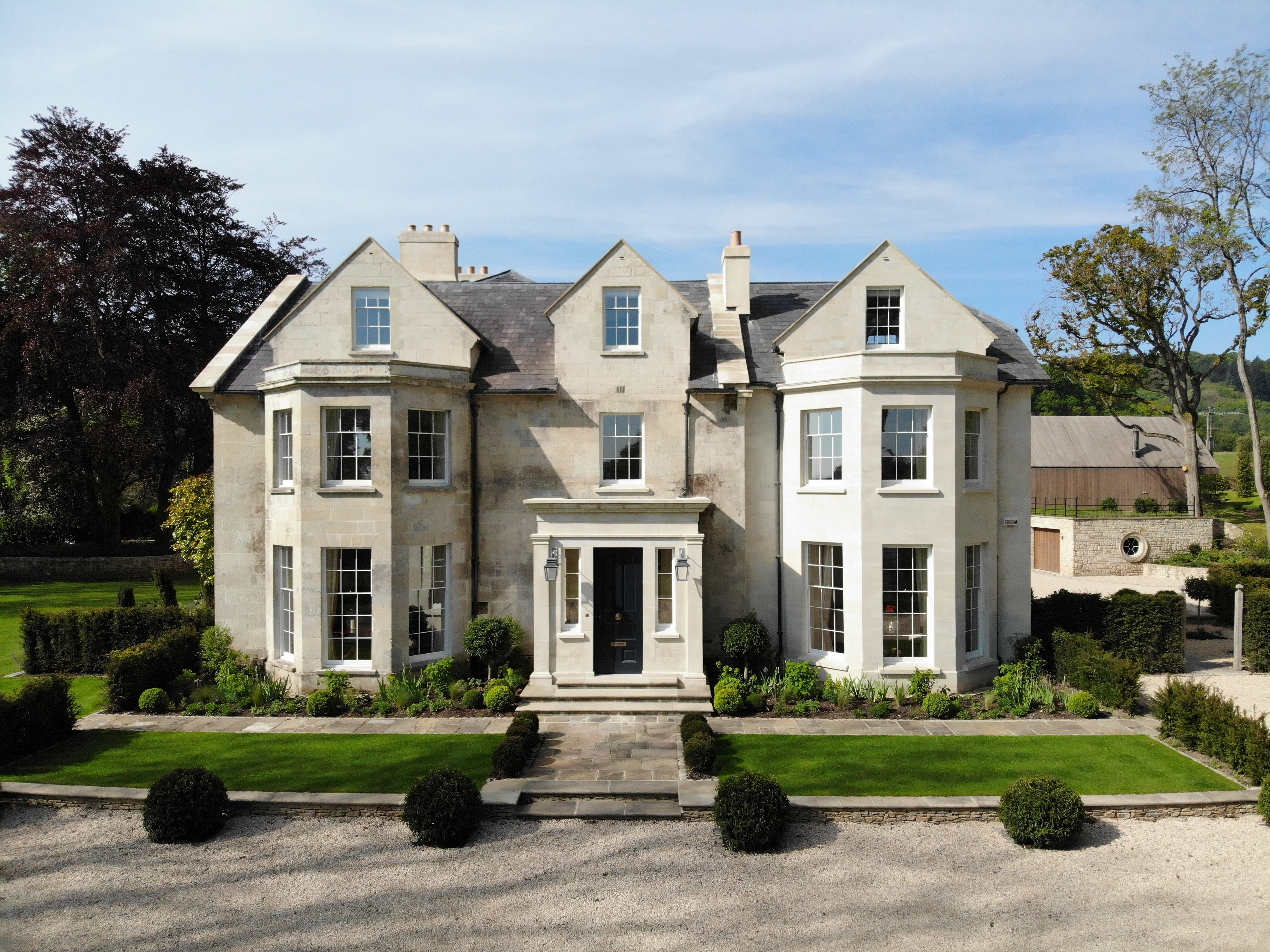 This is a substantial house, and various changes and additions had led to it at one point being three separate dwellings. The approach taken by recent work to restore the house to a more unified whole was typified by the south elevation. Here the middle part had seen the merits of existing elements brought out, with over-scaled chimneys greatly reduced, while to the west an untidy straggle of elements, of little aesthetic quality, had been replaced by the end elevation of a carefully designed and executed neo-Georgian kitchen wing, whose main elevation created a much enhanced western view of the house. On the eastern side of the house, the window glass in a new bay was characteristic of the trouble taken over the project, reproducing as it did the uneven effect of original C18th window glass, and thereby lending additional character to the windows. Much of the new stonework had been created using recycled stones originally elsewhere in the building, with a carefully chosen pointing mix obscuring the use of quite small stones which this sometimes entailed. Unable to view the interior due to current circumstances, the judges were very impressed by the quality indicated by photos of it. They felt that the total achievement matched that of the adjacent pool building, a winner of an award in the previous year’s new buildings scheme, and gave the house itself a matching award.