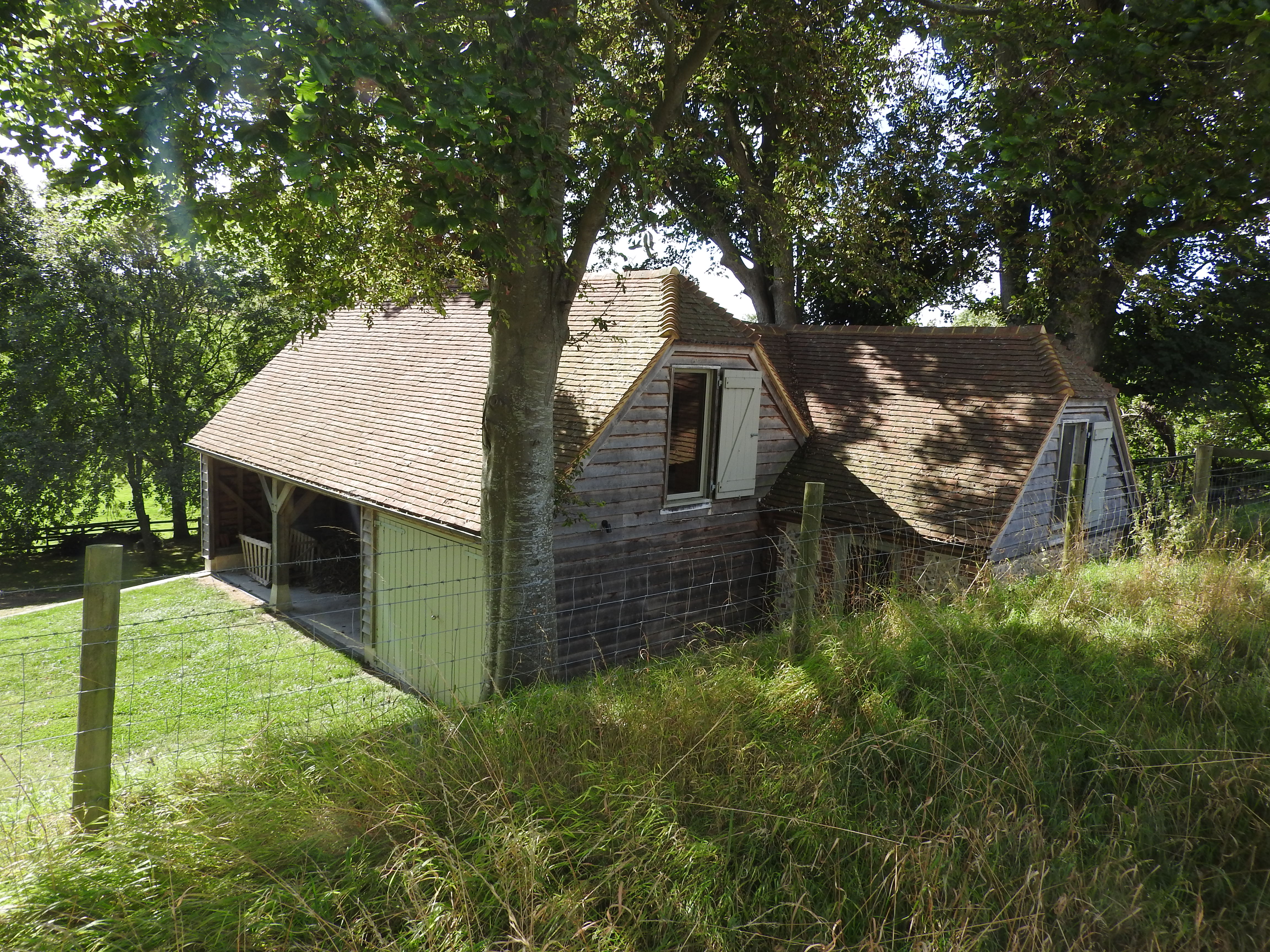 The conversion or rebuild of agricultural structures often results in a building of very different purpose, which retains the former name just as an acknowledgement of what was there before. The judges were delighted to find that in this case, a greatly reconfigured building does still house a tractor, a historic one. Much of the old structure had been of little interest, but flint walls were retained as the base for the new one. To these some new masonry was added, but the major material was new timber framing, clad in oak weatherboarding. This resulted in a building which in no way jarred in its quite open setting. The new timber had created exceptionally attractive interiors, particularly for the upper floor which provides space for a home office. Here differing floor levels,  from the building being in two parts, had been used to created additional interest. The stairs sit in a space where extensive historic masonry remains, and to avoid impinging on this physically, or blocking it too much visually, the staircase had been formed in concrete, rooted in the floor and freestanding till it reaches the upper floor. Glass balustrading backed up this minimal impact on the old walls. The judges were highly impressed by the trouble which had been taken over a non-commercial project, which added a clearly very valued facility to its farmhouse, and had no difficulty in seeing it as well worth an award.