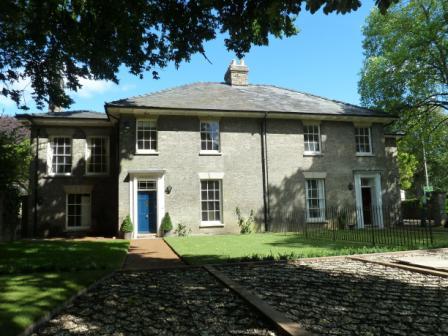 Photographic evidence, backed by the memories of those judges familiar with the history of the site, depicted the state of utter dereliction into which these four listed, early Victorian houses had been allowed to fall after years of institutional use. A visit to the site confirmed the transformation brought about by the project which returned them to domestic use. What particularly impressed the judges was the wholehearted commitment put into the scheme, going well beyond what a standard commercial exercise in maximising value might have achieved.

A determination to retain historic elements wherever possible, and to faithfully match them where decay and vandalism had put them beyond repair, had been coupled with a carefully judged approach to improving facilities by judicious small-scale additions to the buildings, yet never failing to respect the primacy of the original design. Materials had been carefully selected, including a new brick which was all the better for not attempting to mimic the no longer available original one, and the visible workmanship was of the highest standard.

The setting of the buildings was also respected, by the treatment of the space between them. The judges applauded the project as a model for those attempting similar developments and expressed the hope that it could set the tone for the rescue of the historic buildings on the former hospital site on the southern side of the Wilton Road, when that finally happened. The Lady Radnor award is not always given, but the judges had no hesitation in deciding that this project richly merited it.