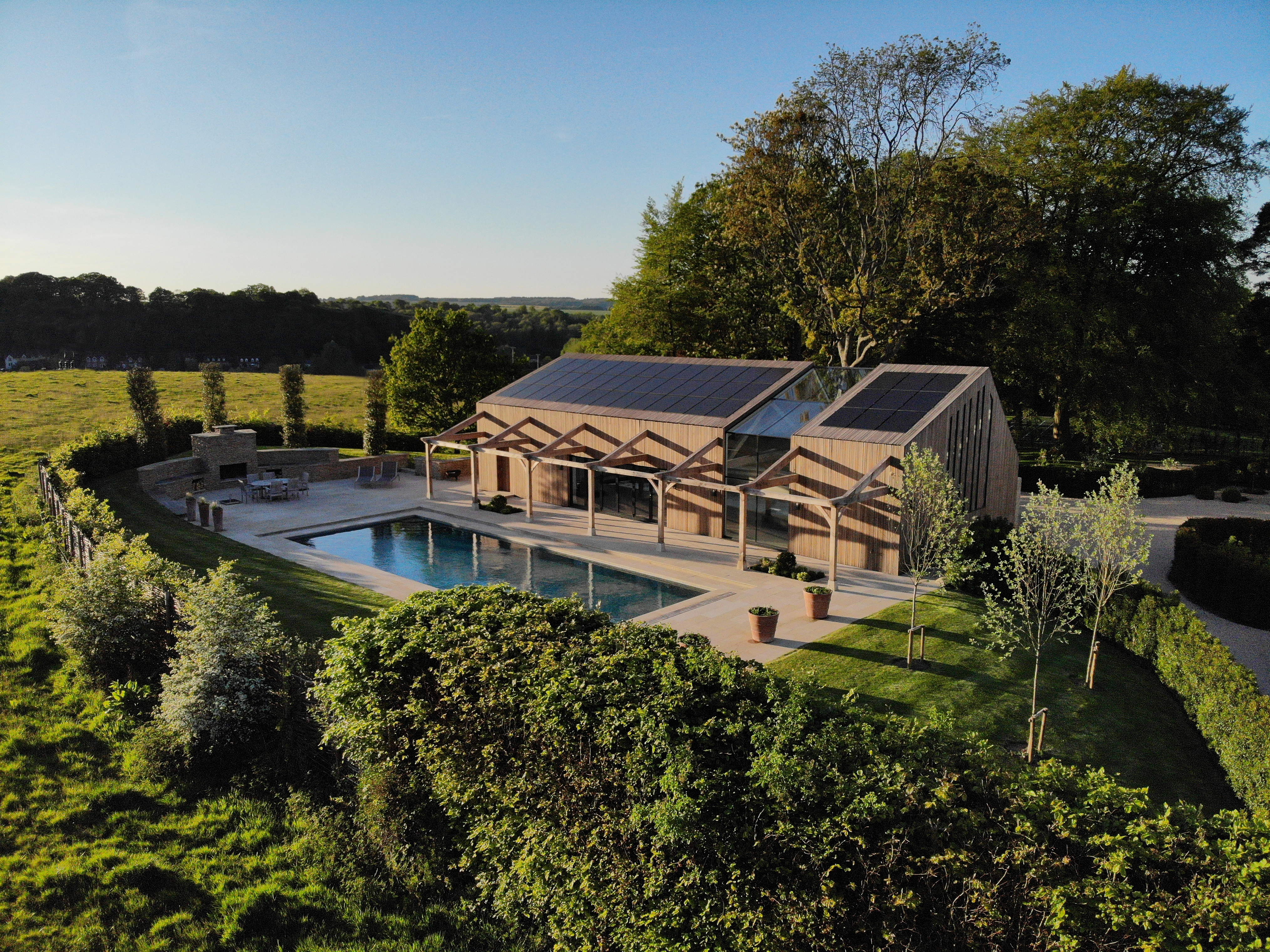 A combination pool house and Pilates studio, this building immediately impressed the judges by its contemporary style being in no way at odds with the traditional Georgian rectory close by. Its simple geometrical shape, of considerable length, had been broken up in various ways, most notably by the introduction of one bay which wraps glass round from the poolside paving to the bottom edge of the roof at the rear, creating almost two buildings with a glass link. Timber boarding, which is used vertically for the walls and also for the roof, is cut to varying widths to avoid any monotony. Inside, a nice simple barn feel is created by the use of exposed timber trusses, in a pale colour which is mirrored in the floor, while old floorboards recycled from the house provide a contrast in their use for vertical features. In the gable end wall nearest the house, the creation of a window consisting of glazed parallel slots in the boarding was felt to be particularly successful. A neatly designed pergola adds further variety, while stone from the house had been recut for ancillary structures, including a garage with a more than usually successful green roof. A bio-mass boiler provides energy for not only the studio and house, but also the parish church some three hundred yards away. Extensive solar panels also play their part in a genuinely sustainable building, and this quality accentuates the value of a project which also incorporates impressive design skills.