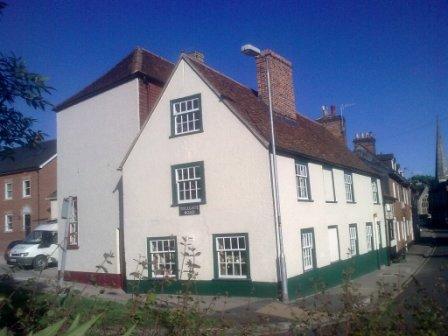 Prominently situated on a road junction near St Martin’s church, the C18th pub closed some years ago and conversion to residential use was the obvious way forward for it. In the wrong hands, such work could have led to a lacklustre outcome, but the judges were quickly convinced that the approach taken was just the sort which the awards scheme ought to be supporting. Much thought had clearly gone into retaining original features wherever possible, carrying out repairs and any new work using appropriate materials.

Conversion of the former stable demonstrated this very well with shutters retained and re-used, the cobbled floor left intact beneath the new timber one, and a hayloft door brought forward slightly from its original position to be used as the door of a shallow cupboard. There could be no doubting the genuine feeling for the building which lay behind the project, or the excellent example it presented to others taking on similar conversions. A splendid finishing touch was the large pub-type sign prominently placed on the building, depicting characters similar to those involved in the conversion work: the judges had little difficulty in deciding that an award was well merited.