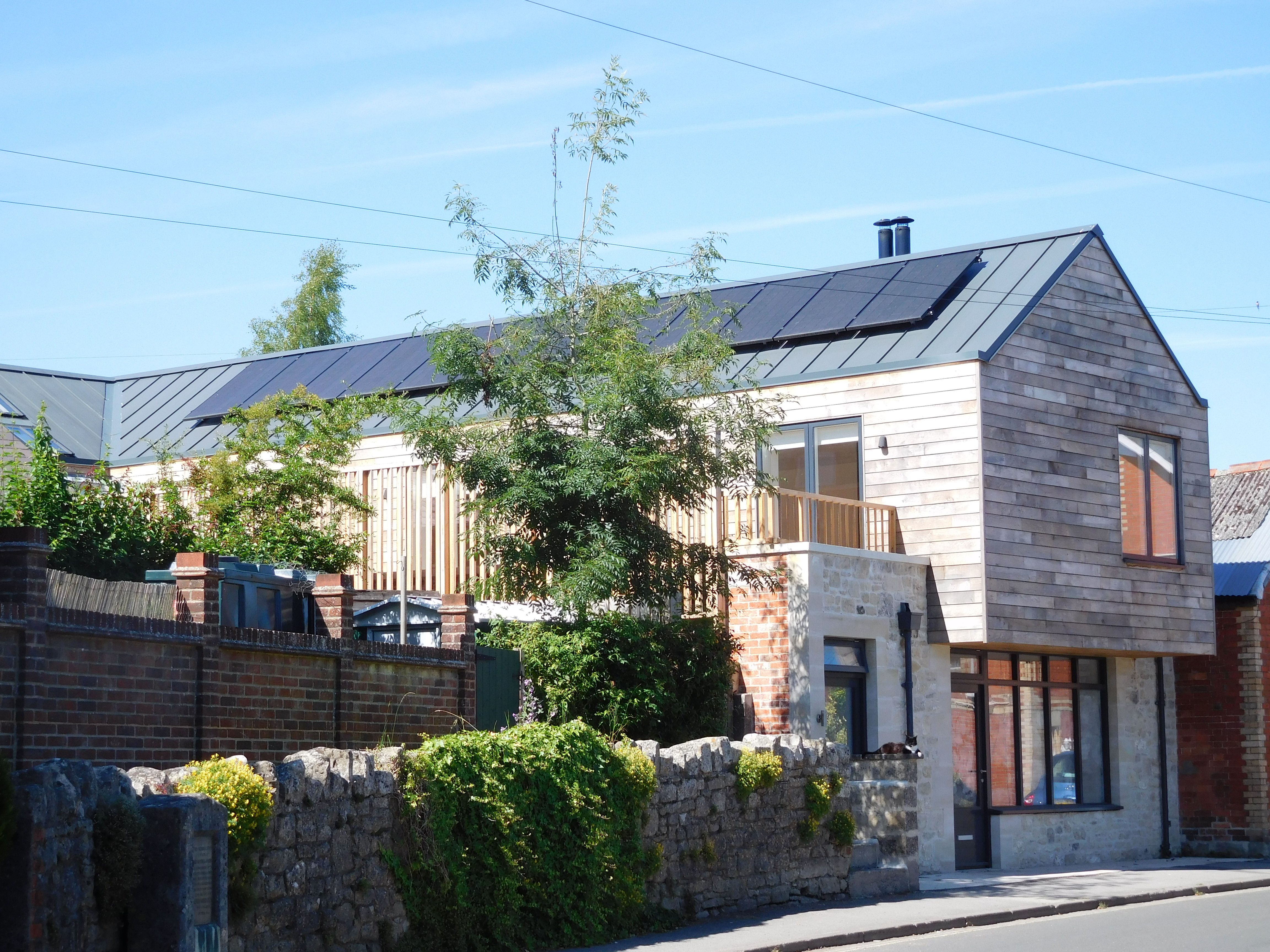 The judges’ first impression of this project was that the timber-clad jettied front to the street set out an immediate marker for something into which a lot of thought and care had gone, and this was backed up by everything they subsequently saw. The shop space downstairs was markedly enhanced by the cunning light well along its rear edge, enabled by a narrower upper stage structure, and the brick floor, re-using material from the building previously on site, was a beautiful touch. Up the stairs, the robust industrial character of the handrail looked just right, and the clean modern lines of the upper rooms made for a very habitable space. The boarding of the ceilings had been executed with great skill, creating a groined vault in the rear room, a singular and very successful effect. The external terrace to the first floor was a major plus point, and the close-up view it enabled of the eaves line emphasised the success of the hidden rainwater system. Everything on view indicated a well thought out design ethos underpinning the whole project, developed into nice details, and executed with skill by all those involved. High energy efficiency, achieved by both passive and active means, was the finishing touch to a project for which an award was the obvious response.